i have a lot to be grateful for this Thanksgiving long weekend!

I am running a promotion and giving a 15% discount on all sitewide orders.  I am matching that 15% and making a donation to the Canadian Liver Foundation.

Thank you for all your support, and thank you Canadian Liver Foundation for your tireless fundraising efforts for research, education and programs ❤

Today, was seriously a wake-up call.

I went to the funeral of a gal who I have been acquainted with through our volunteer activity with Canadian Liver Foundation.  I am not going to use her last name, because I do not want to go through the rigor-moral of getting consent when the funeral was …. today.  But I will say that she was only 34 years old when she passed.

My interactions with her were few, but when I first got involved with CLF in 2008, she was one of two actual humans I met with AIH.  Prior to that, I had the condition already for many years, so it was an exciting to talk to her about her experiences. She had a transplant (whereas I haven’t), so her story was in fact more eventful than mine, but post transplant, she was doing well and living her life.

During the years between 2008 and 2015, every time I saw her, she was a picture of health.  She was extremely active and loved the mountains.  She was a beautiful woman with a big smile full of straight teeth, vibrant skin and bright eyes.  We played in a golf tournament for CLF together and most recently, saw her at a CLF gala in November, and she was her happy, larger-than-life self.

I do not claim to know her extremely well, or even know all the details of her death.  Under the circumstances did not want to ask a lot of questions since it is pretty raw today.  However, in some of the details, I got a wake up call.  I wanted to share with you some high level facts, that I am sure only tell a small piece of the full story.

If you are going to have liver disease, AIH is the one you want.  For most, the treatments are effective and the prognosis is good.

Based on what I was told, there was two things that led to complications for her.

She was in the hospital for 5 weeks leading up to her death.  The medical team fought like hell to save her but it was too far gone.

I am sure the story is not that cut and dry, but what spurred this article was to give myself, and those of you living with AIH a reminder to TAKE YOUR MEDS.  We are not invincible.  And more importantly, asymptomatic for many (like myself).  Take your pills.  In case you didn’t hear me the first two times – take your dang pills.   There is so much in life that we cannot always control, such as getting this disease in the first place, or getting an injury in a car accident.  Taking our prescribed medication we CAN control.  Do it.  Just…. do it.

A Toast to All The REAL Women

On Friday night my hubby and I drove around the parking lot of the movie theatre trying to find a spot. He claims he is “the parking whisperer” but I don’t think the other drivers agree. He tried to double park on the Starbucks patio. I had never seen the parking lot so busy in my life. Were they releasing a new Apple watch or a new movie about the release of an Apple watch?

Friday was the release of Amy Schumer’s semi autobiographical movie Trainwreck and if we didn’t find a spot soon, we were going to be making the sequel. As we sat down four rows from the front, I turned my head and the theatre was sold out with equal attendance of both men and women.

This was not your chick flick crowd…this was Amy’s crowd.
She’s flawed, she’s honest… 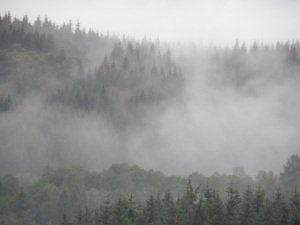 As someone who has lived with autoimmune hepatitis for over 20 years, I feel completely normal most days.  Often, it is not a part of my daily consciousness that I have this disease running in the background.

Where I notice wonky symptoms the most often is in times of stress, like as of late.  With the current economic conditions in Calgary due to the rapid drop in oil prices, myself, along with several of my IS Consultant colleagues have been laid off.

Truthfully, earning a living and supporting myself is the least of my concerns.  I have an ecommerce business and an ebay store that generate enough for me to live on.  I have also found some part time consulting work to help top up any ebbs and flows in my business.  I am also married, so I am not alone in this journey.

The stress comes more from change, uncertainty, and quite frankly the negativity around this whole situation.  Also, even though I was not marched out of my job, I had notice and an adjustment period to (attempt to) transition, I have never, ever, in 45 years been unemployed.  And I was gainfully employed, so my part time income covers everything, but very few extras compared to my previous lifestyle.

Stress for me has been constant since I found out on November 18th that my contract was ending in January.  Though November, I have had that adrenaline surge of panic, accompanied by resumes going everywhere, reaching out to personal and business contacts, and long discussions with my husband about plan Bs and Cs.

Some of the symptoms that I experienced are not typical stress-type syptoms that I hear about.  Most that I had were neurological, such as:

– low grade dizziness and vertigo.  I had enough of this feeling that I felt uncomfortable, but not enough to keep me home and relaxing

– I felt like my hands were not connected to my body.  When I was texting, I had to really look at my hands because it felt like my movements were unnatural

– I had stomach issues (which is more common with stress I believe), no appetite, trouble eating, low grade nausea, diarrhea

– I had symptoms that felt similar to postdrome silent migraine symptoms.  When I do get silent migraines, I usually have that heavy foggy feeling for a day before I feel normal again.  I had that feeling for well over a month, and daily.

– On December 2, 2014 I had what the doctors suspected was a TIA or a Silent Migraine.  For 10 minutes my right arm became paralyzed for about 10 minutes.  It was like a lightswitch.  My arm turned off wtihout warning.  I was so disconnected from the symptoms that when my arm hit my side, limp and lifeless, I thought my cat flopped up against the side of me. By the time the ambulance got to my house my arm was working again.  I had a month of follow up tests, MRIs, cat scans, heart tests (echo) and everything came back normal.  No evidence of any brewing health issues, and certainly no evidence of stroke.  At 45 years old with no issues with my heart or brain, I was hardly a risk for stroke.

– Reoccuring hypertension.  I had no prior history of high blood pressure, but a few trips to the doctor had me rushed to emergency for severe hypertension, and when I arrived my heart rate was normal and then sent me home.

Even though these symptoms are likely a result of stress, I wanted to document them in here, because I never know how my wonky symptoms may relate to others who have AIH.  Over 20 years I have found that many other people with AIH experience thyroid issues, neurological symptoms or silent migraines as a part of having an autoimmune condition, so I don’t make any assumptions.

The good news here, is that I am functional.  I am still productive, and going out, seeing friends and doing all the things I do when I feel normal.  These symptoms vary in severity, and before my layoff, I still got out of bed, got ready for work and went downtown.  They were debilitating.  But they are happening, and running in the background during this time of stress.

I got the news November 18th, and I write this on February 6th, so this has been coming up on three months.  Much like when I was diagnosed, doctors have tested me inside and out, backward and forwards and everything is normal.  Yet, I feel far from it lately.  The good news, like other episodes of wonkiness, this will pass.  It always does!

Check out this article that is posted on the Canadian Liver Foundation’s website.

Hundreds of Canadians die each year waiting for a donated organ — even as potentially life-saving organs from two-thirds of eligible donors go unused.

This article covers some of the facts around this controversial topic, as well as an attached PDF showing the Canadian Liver Foundation’s Position Statement on this topic. 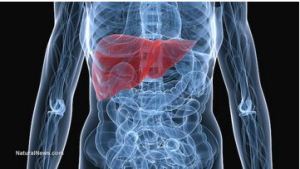 Check out this amazing article on things that you can do to improve your liver function.  This article was created and compiled from 13 different credible websites that discuss how certain foods can help or hurt your liver.  Give it a read!

The Ebook has Real Stories Of Cirrhosis Survivors. It Also Contains Stories On How Family Members Cope With Having A Loved One Who Has This Terminal Illness. It Also Provides Invaluable Information & Explanation About Cirrhosis In The FAQ Section.  This book was written by Grace Barrera

Thank you angel buddies for all the words of encouragement!

If I can only figure out how to get this thing formatted to upload, then I can get things started.  Thanks everyone for your support! 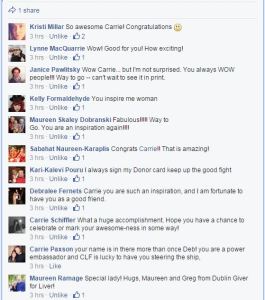 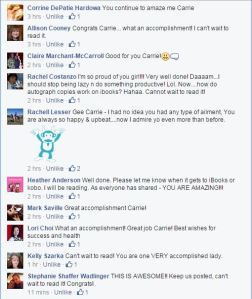